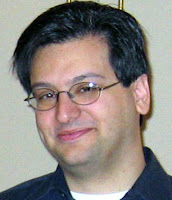 The apprehension was palpable.

CC Sabathia had just given up two runs in the third and doubt was starting to creep in. Was CC headed to another October letdown? Would Alex Rodriguez pull another postseason disappearing act? Were the Yankees headed to another playoff disappointment?

But with one big blast from Derek Jeter, all those doubts were all but erased.

Jeter tied the game with a two-run homer, Sabathia allowed two runs in 6-2/3 inning and A-Rod drove in two of the Yankees' five two-out runs in a 7-2 victory over the Twins Wednesday at Yankee Stadium to take Game 1 of this American League Division Series.

Now, let's not get too overhyped about winning one game in a playoff series. We've seen the Yankees take 1-0 leads before only to be eliminated in four game (2006 vs. Tigers). But, you have to like that we saw in this game so much of what has been missing in the recent past: terrific pitching, solid defense, a balanced attack and clutch hitting. Just importantly, it was a win that was so similar the types of victories the Yankees were racking up in the regular season.

Sabathia was strong from the start, striking out four of the first eight men he faced. He ended up allowing one earned run on eight hits, while striking out eight and throwing 71 of 113 pitches for strikes. He walked none.

Any concerns about him not being able to succeed in the postseason should be put to rest now. This was the type of start we saw from him throughout his dominant stretch in August and should go a long way toward proving that his postseason struggles from the last two years (1-3, 9.47 ERA, 2.32 WHIP) were more a result of an overly stressful regular season than any kind of October mental block. 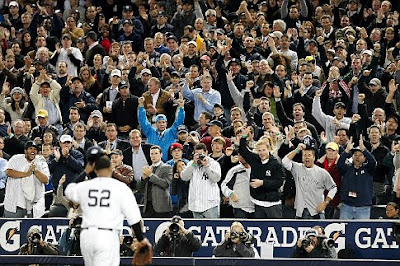 But Sabathia ran into trouble in the third. After Denard Span grounded into a double play, Orlando Cabrera singled and MVP-candidate Joe Mauer doubled to put runners on second and third.

Michael Cuddyer singled to bring in Span and then Sabathia and Jorge Posada got crossed up, resulting in a passed ball that allowed Mauer to score, giving the Twins an early 2-0 lead and creating some doubt in the Yankee Universe.

But the Captain would quickly set that Universe ease.

With one out Melky Cabrera singled and went to second on a wild pitch from Twins starter Brian Duensing (4-2/3 IP, 7 H, 5 R, 1 BB, 3 Ks). Jeter then turned on a 1-0, hanging slider and crushed over the wall in left to tie it at 2. It definitely wasn't a Jeterian shot, but it was quite reminiscent of some of his other big homers, such as his leadoff homer in the 2000 World Series against the Mets. 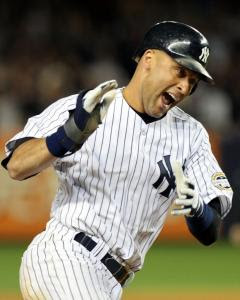 And like that, a weight seemed to lifted off the Yankees' shoulders. The team seemed to relax after that as the offense kicked into high gear.

The Yankees grabbed the lead in the fouth as Jorge Posada hit a one-out single and after Robinson Cano hit into a forceout, Nick Swisher crushed a double to bring in Cano, the first of the Yankees' five clutch two-out hits.

But what may prove to be the most important hit of the postseason came in the fifth as A-Rod finally awoke from his extended, painful postseason slumber.

Jeter led off with a walk and advanced to second on Johnny Damon's groundout. Mark Teixeira then popped out to bring A-Rod to the plate.

This was a spot in which A-Rod desperately needed to come through just to show the world that his mind-set was right and that he was ready and primed to do big things this postseason.

He delivered, stroking the first pitch from Duensing, a 93 mph fastball, into left for a single to make it 4-2. Hideki Matsui then greated left reliever Francisco Liriano with a monster homer to center to give Sabathia and the Yankees a comfortable 6-2 lead. 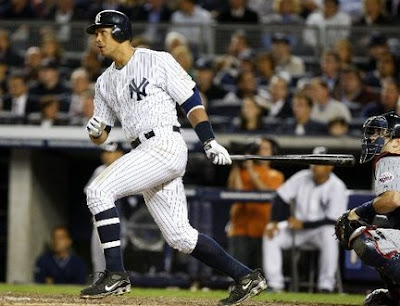 But A-Rod would not settle at one big hit. It was as if he wanted to prove that the fifth-inning single was no fluke.

Jeter, who went 2-for-2 with three runs, led off the seventh with a walk and Damon then reached on an error. Teixeira, however, grounded into a double play, putting Jeter on third with two outs.

A-Rod then took an 0-and-1 curve from 6-foot-11 reliever Jon Rauch and blasted it off the wall in right for an RBI single to make it 7-2.

Joe Girardi then took advantage of the big lead to make sure to get Phil Hughes, Phil Coke , Joba Chamberlain and Mariano Rivera a taste of this postseason as the Yankees closed out an easy win.

They get an off-day today and now get ready for a Game 2, which will very well could be the key to the series with A.J. Burnett making his first postseason start. A good outing by him will go a long way toward allowing the Yankees to take a commanding lead in the series.