Just when it looked like the Red Sox had figured everything out, it turns out they haven't figured out much of anything. Losing four in a row and five of their last six has dropped them into fourth place once more, three games out of first.

Dropping a 10-inning game to the Twins followed by a 1-0 loss to Scherzer and the Tigers was tough but not inexplicable. Scherzer is 6-1 now and one of the best pitchers in the AL. Lester would have to have been at his absolute best to out-duel him and he simply wasn't. It happens.

It's the next two losses that were a bigger problem. Because in those two games the Sox looked borderline inept.

The starting pitching was atrocious, with both Lackey and Peavy giving up five earned runs while not getting past six innings. The Tigers got 26 hits in two games while the Sox only managed 13. Boston was only 1-9 with runners in scoring position over the two games. That is bad not only because they got only one hit but it means they couldn't even get people into scoring position to begin with.

It was a bad home series. And it continued a disturbing trend where the Sox do not play well against good teams. They are 0-6 against the Tigers and Brewers, both of whom lead their respective divisions. If you add the Yankees in the mix, that record becomes 2-11.

Do the math. Take those three teams out of the picture and Boston's record is 18-12. The fact that Boston is still in the AL East race has more to do with the mediocrity of the overall division than it does with the Sox being a solid team.

I said earlier that maybe 2014 will be the bridge year we all thought 2013 would be. A year where the Sox never hit great heights but never really plummet either. They are beating the teams they should beat, for the most part. But they struggle with the leaders like the Tigers. It feels more like a 84-78 season than a 96-66 one at this point.
Read more »
Posted by Dave at 3:09 PM No comments: 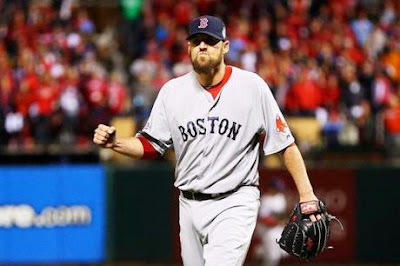 
Now, you combine those two things and you get a team that can hold their ground but that's about it. I think the critical element to Boston's improvement has been in the field.
Read more »
Posted by Dave at 3:24 PM No comments: 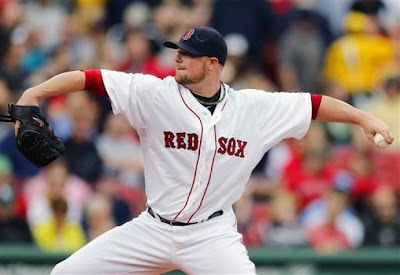 Lester is the best lefty the Sox have had since Bruce Hurst. You could argue that he is the best left-handed starter for the Sox since Lefty Grove, although I think Mel Parnell fans may dispute that idea. And good left-handers are a rare commodity. Which is why at the end of the day I think Boston pays up to keep Jon around. He's the best pitcher with a 3-4 record in the game today, because he should be 6-1.
Read more »
Posted by Dave at 4:00 PM No comments: