Two games into the season and this much is clear, the MLB schedule makers did the Yankees and Red Sox no favors by having them open the season against each other.

For the second straight game neither starter managed to get through the sixth inning, but this time the Yankees bullpen got the better of the Red Sox bullpen in a 6-4 victory Tuesday at Fenway Park.


The beginning of the season is tough enough for pitchers. A good first start for most starters typically is about six innings. For most, the arm strength just isn't there yet to go much further.

And we all know what Yankees-Red Sox games do to starting pitchers. Under normal circumstances, if either team's starter gets to the seventh, that team stands a pretty good chance of winning. These offenses are so disciplined, force pitchers to throw so many pitches, that these are high-stress outings for starters.

Well, to start the season with this series, well, is it really any surprise that the starters for both teams have been subpar?

Tuesday night, A.J. Burnett allowed four runs -- three earned -- on seven hits and one walk in five innings. He struck out five and allowed a two-run homer to Victor Martinez in the third inning.

No matter what side of the rivalry we're on, we all know these four guys are much, much better than that, but coming out of spring training, there's no way they're ready to perform well in these types of games. It would be a shock if they were.

But the reality there is nothing that can be done about it. The MLB schedule makers have a tough job. Creating a schedule for all 30 teams is a complex task in a normal year. This year, figuring out that schedule was made more complicated because of this summer's U2 tour, according to the Journal News' Sam Borden. 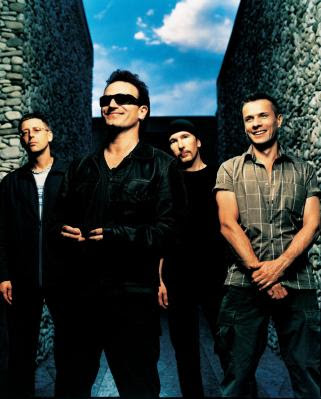 It is what it is and Tuesday night, it was a Yankees win, helped in large part by Dave's beloved improved Red Sox defense.

After the teams' traded runs in the first two innings to make the score 1-1, Martinez jumped on a one-out Burnett fastball to give the Sox a 3-1 lead.

But Lester couldn't make that stand up. The Yankees broke through in the fifth as Mark Teixeira had an RBI groundout, just beating a relay from Dustin Pedroia to avoid the doubleplay, before Alex Rodriguez smacked a double to tie it. Robinson Cano brought in Teixeira with a sacrifice fly to make it 4-3.

The Sox, though, tied it up as Pedroia singled and Martinez doubled off Burnett in the bottom half.

And like that, the starters were out of the game. It was once again, a battle of the bullpens ... and on this night, the Yankees' pen came out on top.

Alfredo Aceves pitched two scoreless innings (and why didn't Joe Girardi go to him to start the sixth Sunday?). Damaso Marte got David Ortiz to fly out in the eighth and Joba Chamberlain showed some emotion and aggressiveness in striking out two, setting up Mariano Rivera's first save of the season.

The Sox matched zeros in the sixth and seventh with Manny Delcarmen and Daniel Bard (Dave, why was Bard pitching in the seventh instead of the eighth as he did Sunday?), but the Yankees took advantage of some poor defense and Hideki Okajima's control problems in the eighth.

Jorge Posada led off with a ground-rule double before Nick Swisher grounded out to short and Brett Gardner lined a soft single to left on which Posada didn't advance. Derek Jeter then grounded a routine grounder to short that Marco Scutaro fielded, but misfired on the throw to first to load the bases.

That proved to be all the opening the Yankees needed as Nick Johnson drew a walk off Okijima to take the lead. Cano added an insurance run with a homer off Scott Atchison in the ninth.

So it's Yankees 1, Red Sox 1, and no matter what happens tonight, the thing we have to remember is that this series is not representative of what there pitchers or teams are. Don't draw and sweeping conclusions off this series. We'll have a better idea come August.