Getting ready for the Rule V Draft

If there is one thing that has always baffled me in baseball (besides the complete inability of the Tampa Bay area to properly support their baseball team), it's the Rule V draft. So I did something radical this year - I actually took the time to read up on it.

To go over it quickly, the Rule V draft is in place to keep teams from hoarding young talent that may be able to play elsewhere in the majors. So each November every team assembles a 40-man roster. This roster serves two purposes. Anyone on the roster can be called up to the major-league squad at any time during the season. It also allows the team to protect as many Rule V-eligible players as there are slots on the 40-man roster.

So what makes a player eligible in the Rule V draft, which will be held in December? It's actually pretty simple: If Team A takes a Rule V player from Team B, A pays B $50,000. Team A must also keep the player on their 25-man roster for the full season. If they do not, they must offer to sell back the player to Team B for $25,000. There are similar processes in place for players going from AA to AAA and from A to AA. 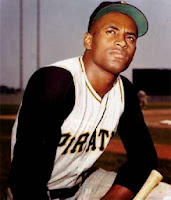 That's about it. And while you don't see All-Stars usually develop from Rule V selections, it can happen. The most famous player is the legendary Roberto Clemente, who was taken from the Dodgers by the Pirates in 1954. The next biggest names would be Johan Santana (from the Astros to the Twins in 1999) and current Sox outfielder Shane Victorino (from the Dodgers to the Phillies in 2004)*.

So where does Boston stand as the 2013 Rule V draft approaches? According to ESPN Boston, here are the Sox prospects eligible to go into the draft:

The Sox currently have 36 players on the 40-man roster, which gives them room for four players before any last-second trades or cuts. From the above list, there are three locks to be protected: Those three are some of the best prospects in the Boston farm system, especially Cecchini. They aren't going anywhere.

It's the fourth spot that is intriguing. J.C. Linares has the opposite issue of most Boston prospects these days; he swings a good bat but his fielding is suspect. Mario Alcantara has impressed a little but it still only 20 years old. Aaron Kurcz has late-inning reliever potential. Michael Almanzar has hinted for years in the minors at his raw talent but has yet to put it all together.

If I had to hazard a guess? I'd say it'll be right-hander Keith Couch. 24 years old. Pitched in Portland last year for the Sea Dogs and put together a nice 11-3 record with a 3.47 ERA. He could fill that middle-reliever/spot-starter/"5th starter when someone is injured" role, which every team needs. I've seen him pitch and the kid has talent. He works really hard. I'd hate to see the Sox let him slip away.

There is also the other side of the coin - would the Sox consider bringing anyone into the 25-man roster? I'd say that is highly unlikely. With a deep farm system and a solid team, the need for Boston to dip into the Rule V draft isn't really there. But that said, I am sure Cherington has a book on prospects in other systems. And should a team mess up and leave one of those names unprotected...would anyone be surprised if the Sox took them? The issue then would be finding room on the 25-man roster.

* The funny thing about this? The Phillies offered Victorino back to the Dodgers at year's end. And the Dodgers refused to take him. The Phillies kept him and two years later he was a regular starter.
Posted by Dave at 11:50 AM