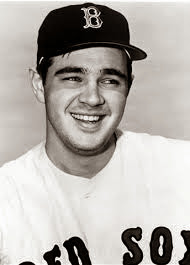 2. Billy Goodman (1948-57) Goodman was a two-time All-Star (1949, 53) for the Sox. Interestingly, he went for two different positions. Goodman played first base in 1949 but by 1953 was the Sox second baseman, having taken over for Bobby Doerr. Goodman finished fourth in the Rookie of the Year voting in 1948. Some guy named Alvin Dark finished first (that's a joke.) Goodman would finish in the Top 25 for AL MVP voting five times (1950-54) and finished second in 1950. That year he hit .354, leading the AL. Despite that, Phil Rizutto won the MVP award even though he had a lower batting average and OPS than Goodman.

During the 1957 season Goodman was traded to the Orioles for pitcher Mike Fornieles, who spent about 5 1/2 seasons in Boston and won a total of 39 games and saved 48. Interesting note; Goodman was traded from the Orioles after the 1957 season to the White Sox. Also sent to Chicago was a young outfielder named Tito Francona, to whom we all owe a huge debt for raising such a fine son. In 2004 Goodman was posthumously voted into the Red Sox Hall of Fame, having died at the age of 58 in 1984. 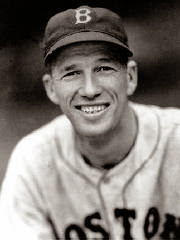 Not surprisingly, between his time in Philly and Boston Grove made the Hall of Fame without any trouble in 1947 (Sadly, he went in as an Athletic. I guess those two World Series titles and 195 wins had something to do with it). He is considered the second-best lefty of all-time after Warren Spahn and was also named to the MLB All-Century team in 1999. He is also in the Red Sox Hall of Fame.
Posted by Dave at 3:02 PM