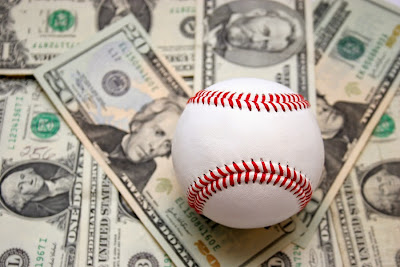 So the annual MLB win projection has been set in Vegas' smaller, less-popular sister (aka Reno) by a sports book. And, somewhat surprisingly to me, they like the Red Sox to take the AL East.

The Washington Nationals and Los Angeles Dodgers have the highest projected season win totals, and the Philadelphia Phillies have the lowest, according to numbers posted Friday at the Atlantis sports book in Reno, Nevada.

The Red Sox projection of 86 wins is sixth-highest overall and tops for AL East teams. Going by the other projections, here is how the AL East lays out:


I am not surprised by the last two. Tampa is a much-weakened team who are now also without Joe Maddon. The Yankeees are expensive and old and need time to get fixed, although it looks like Cashman has finally figured that out.

But I truly thought we'd see Toronto or Baltimore on top simply because they didn't have to rebuild their rotations or make major changes at key positions. Boston had to do both this off-season. You could even argue that the Blue Jays are improved.

But I guess the bookmakers are impressed with the changes Boston made. I think most people are, myself included. Especially Sandoval at third, which improves both Boston's hitting and fielding in one move.

And I am not surprised at all to see Washington and the Dodgers atop this list. The Nats have the nastiest rotation in the majors right now. And the Dodgers have Clayton Kershaw, the best pitcher I have seen since Pedro in his prime.

The bottom line is that casinos don't play around with their numbers or their money. And if they think the Sox are going to be at the top of the AL East, that's a good sign for Boston fans going into Spring Training.
Posted by Dave at 8:18 AM