There shouldn't be too many surprises here, except for the fact that George Scott didn't make the list (his salad years were with the Brewers, not Boston). The years listed are the years they played the position, not their total time in Boston. 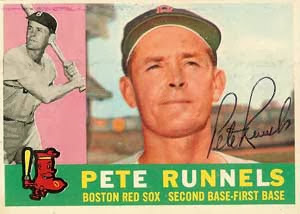 4. Kevin Youkilis (2006-2010): Of all the Sox players I have watched, Youk is the only one I saw at every level of his development in the Boston organization (Lowell, Portland, The Bucket, Boston). And while you always knew he'd make the majors, I had no idea he would have been as good as he was, for as long as he was.

3. Mo Vaughan (1991-98): If you came of age in the 90s and were a Sox fan, the one constant on the team was Mo Vaughan. Between his debut in 1991 and his last year in Boston in 1998, the entire roster changed over except for Vaughan. The reason for that was simple; the guy could play.

Vaughan won the AL MVP award in 1995 and was Top 25 in voting six consecutive years (1993-98). Vaughan was a three time All-Star (1995-96, 98) and won the Silver Slugger award for 1B in 1995. From 1993-98 Vaughan never hit below .300, hit 26+ homers each year, averaged 110.5 RBI per season and always had an OPS of .915 or higher. He didn't have the best glove at first but was solid. Most importantly, he was beloved by Sox fans and still is to this day. Partially because of his running feud with Dan Shaughnessy but mostly because of the time he took to interact with fans and perform charity work on a level rarely seen in professional sports.

We all know it didn't go well for Mo after left Boston, but today he is continuing to do good work for the community. He owns OMNI New York LLC, a company that buys and rehabs housing in and around NYC, then turns it into low-cost housing. As great a player as Mo was, he is an even better man****.

2. Carl Yastrzemski (1970, 73-76): You already saw Yaz in the DH installment. You'll see him again in the left field installment. If you could have cloned Yaz, Boston would have been unstoppable. No player in Boston history has ever dominated multiple positions the way Yaz did.

In his five seasons where he was predominantly a first baseman*****, Yaz was a five-time All-Star. He was Top 20 in MVP voting four times. He had an overall .292 batting average in those five years, collected 793 hits, scored a total of 462 runs and drove in an average of 88 RBI per season. His fielding average never dropped below .990 and between 1973-76, he committed a total of just 15 errors******.

We all know that Yaz went on to be one of the greatest players in the history of baseball and the second-best Polish-American player in the history of the game*******. He went to the Hall of Fame in 1989 and is still with the Sox as a roving instructor. On just about any other team, Yaz would be the best first baseman in team history. 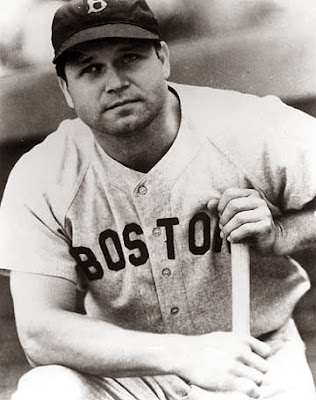 1. Jimmie Foxx (1936-41): But not every team had The Beast play first base. Jimmie Foxx, also known as Double X and the Right-Handed Ruth, was simply a phenomenal ballplayer. The Sox stole him from the Athletics before the 1936 season and he produced six of the greatest seasons even compiled by a Boston player.

After the 1941 season, Foxx's body began to betray him thanks to a combination of a drinking problem and re-occurring sinus infections. The Sox let him go in the middle of the 1942 season and the Cubs picked him up. From there Fox played parts of three more seasons before retiring in 1945. Foxx was elected to the Hall of Fame in 1951 on the first ballot and his plaque has him wearing a Boston cap********. Sadly, from there it was downhill for Foxx. He was flat broke by 1958 and it was only through the efforts of the Boston chapter of the Baseball Writers Association that this tragedy came to light. He was offered many jobs after that. But then in 1967 Jimmie Foxx died in a bizarre manner, choking to death on either a bone or a piece of meat (reports differ) while eating dinner with his brother.

Foxx's mark of 50 homers in a single season was a team record until David Ortiz hit 52 homers in 2006. Foxx's mark of 175 RBI in a single-season still stands and likely will for some time. In the 70 years since Foxx set that record the closest anyone has come is 159, shared by Vern Stephens and Ted Williams both in 1949.

* Can you imagine someone trying to use this name today? There'd be a congressional investigation and protests. Organizations would be founded with the sole purpose of changing the name of a sports team. Humans are dumb.

*** However, Youk still holds the AL record for consecutive games at first without an error. Kotchman earned some of his record while playing first base in Atlanta.

*** The Hank Aaron award is a nice consolation prize for not winning the MVP.

****** Oddly, in 1970 his predominant position was first base but he made the All-Star team as a center fielder. I wish we could do that today.

******* But did he win a Gold Glove in that period? No; they all went to George Scott. I defy anyone to defend that foolishness. Yaz had a way better glove than Boomer. It's not that I don't like Scott (his autographed baseball sits atop my shelf), but that was when he was with the Brewers. Yaz should have gotten at least one of those Gold Gloves. A miscarriage of justice, I tells ya!

******** Even I have to admit that Stan Musial is tops on that list. Hell, I think Yaz would admit that.