For Cashman, Yanks, an #EPICFAIL

If there was one thing that was an absolutely must for Brian Cashman and the New York Yankees this offseason, it was to re-sign Robinson Cano.

And on a gray, rainy Friday in the Northeast that turned very black, Cano agreed to a 10-year, $240 million contract with the Seattle Mariners.

Whenever your team loses it's best player, it hurts. It especially hurts coming off a year in which your offense struggled to score runs and your minor league system failed to produce anyone capable of helping Cano. 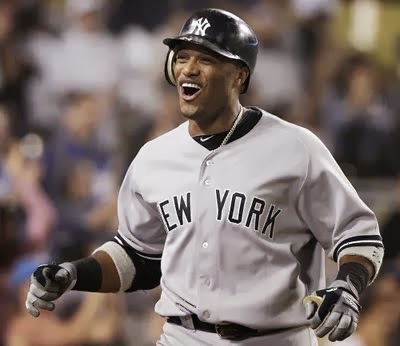 And that's not the biggest problem. Last season, the Yankees' infield was decimated by injuries, leaving Cano as the only infielder capable of producing at a high level. Mark Teixeira and Derek Jeter should be back and healthy next season, but no one can be sure that they will return to pre-injury production. And there there's Alex Rodriguez, who may not even see the field this season if his 211-game suspension is upheld.

But we'll deal with what it will take to replace to Cano on another day. Today is about how the Yankees failed to keep their best player. How they utterly botched this negotiation.


From the outset, Cashman and the Yanks were determined to avoid repeating the mistake they made by signing A-Rod to a mega-deal.

And you know what? I can't blame them. How well have those deals worked out? The Tigers have traded Prince Fielder. Albert Pujols has been nothing short of painfully disappointing in Anaheim. Joey Votto hasn't brought the Reds to the promised land. And then there is A-Rod, who actually is the only one of the bunch to have won a World Series.

Actually, the only long-term deal that I can recall that has really worked out as expected is the 10-year, $189 million deal the Yankees gave Jeter in 2001. Of course, Jeter was 26 when he signed that deal and he re-signed with his original team. Cano, of course, is 31, so while he will be 41 when his 10-year deal ends, keep in mind that Jeter will be turning 40 this season and is still playing.

Still the Yankees had every right to be concerned about giving out that kind of deal. And their seven-year, $175 million offer was not totally unreasonable. The $25 million average annual value is significant, and more than the $24 million AAV Cano is getting with the Mariners.

The problem is that the Yankees weren't equally concerned about giving out big contracts to players who are not anywhere close to Cano's class.

See, in free agency a signing can have a major impact on the market. Agents often make statistical comparison between players in order to establish a player's worth and value. If Player A had a specific set of statistics and received a contract, and Player B has better statistics, then Player B should get a better contract.

And when the Yankees agreed to give Jacoby Ellsbury a seven-year, $153 million deal, they gave Cano all he needed to extract the mega-deal he was seeking.

Ellsbury is a terrific player -- when healthy -- but he's not the same caliber of player as Cano. Not even close. In fact, there is no one close to Cano's caliber in this free agent class.

So when looking at Ellsbury's deal and the offer the Yankees gave Cano, would anyone really say Cano' value is a mere $22 million more than Ellsbury's?

Let's look at the stats.

And you can bet that's the exact argument that Cano made to the Mariners. Seattle's initial offer, which came before the Ellsbury agreement, reportedly was for eight-years and $200 million -- a better offer than the Yanks', but probably not enough to get Cano to leave New York.

In essence, by signing Ellsbury to that contract, the Yankees forced the market for Cano higher and gave him the leverage he needed to get the Mariners to move to a bigger offer.

By signing Ellsbury, the Yankees also completely undermined their position on Cano. And since Cashman was unwilling to come off their seven-year, $175 million deal, they all but gave the All-Star second baseman no choice but to head to the Pacific Northwest.

And who could blame him? Afterall, would you pass up $65 million? I sure as hell wouldn't ... and very few people would.

Yes, Cano could have given the Yankees a hometown discount, but how much should he have to sacrifice? To put that $65 million difference in context, consider that over his nine years with the Yankees, he made approximately $58 million. That's quite a discount the Yankees had already received.

So Cano is off to Seattle and Cashman is left to pick up the pieces. Somehow, the official announcement Kelly Johnson's one-year, $3 million deal hasn't made the day any better, though word that Hiroki Kuroda is close to agreeing to a one-year, $16 million contract is encouraging.

Oh, and Curtis Granderson signed a four-year, $60 million deal with the Mets.