Why the Yankees Won't be Competitive Going Forward...Why Boston Will

There is an excellent, excellent piece at Grantland by Rany Jazaleri that covers why the most successful franchise in the history of Major League Baseball will be distinctly mediocre in the future.

Rany goes into deep detail about why this is. How the Yankees over-performed last season. How paying hundreds of millions of dollars for Brian McCann and Jacoby Ellsbury almost makes up for losing Robinson Cano. How this Yankee team is amazingly, amazingly old. In fact, they were the only team in MLB last season with a roster than had an average age of 31 or higher. Signing a 30-year-old Ellsbury actually makes the Yankees younger. 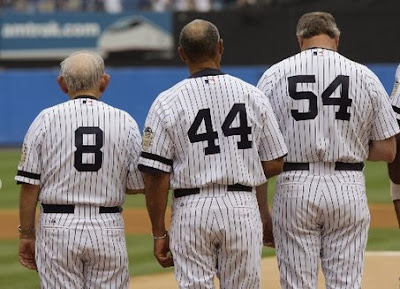 Members of the Yankees' 2014 lineup


But the biggest reasons lie in two areas. First, the well-known Yankee penchant for signing or trading for big-name players. When they sign them as free agents, they lose draft picks. When they trade for them, the Yankees give up whomever happens to be the best players in their farm system at that time. The result is a barren farm system that cannot supplement an aging team with any comparable level of talent. As Rany points out:

There also isn't enough talent on the way. You'll notice that, in this entire article, I've yet to mention a single prospect or rookie who's ready to step in for the Yankees, giving them upside and youth in a nice, payroll-cleansing package. That's because they don't have any. While the Red Sox have Bogaerts and Bradley ready, the Rays have a full season of Wil Myers in store, the Blue Jays have Aaron Sanchez and Marcus Stroman, and the Orioles have the electric Manny Machado along with pitchers Kevin Gausman and Dylan Bundy, the Yankees have … bubkes. No rookies, no second-year players who might take a step forward. Their farm system is terribly weak; Jason Parks, the chief prospect guru for Baseball Prospectus, recently described it as "[Double-A catcher] Gary Sanchez and a list of interchangeable prospects with reliever profiles or bench futures." By comparison, the Red Sox's farm system is so deep that, according to Baseball America's Ben Badler, they may have as many as 10 of the top 100 prospects in baseball.

And he isn't wrong about the Boston system. Living outside of Portland, ME I get to see these guys. And there is some major talent that will be hitting Boston in the next couple of years.

And that leads the the second reason why the Yankees are going to slide and slide hard. And it's almost easy to miss. Rany mentions it towards the end of his piece but it is important and I think is the over-arching reason why this is happening. Again, from Rany:

And as a result of the new CBA, the Yankees can't flex their financial muscle in the draft or on the international market. There's a perception that the new CBA hurts small-market teams that want to spend on amateur players, but it actually hurts rich teams that want to blow the market away on elite young players. Carlos Rodon, the presumptive no. 1 overall pick in the next draft, could be a better version of David Price in a perfect world. In the old days, Scott Boras could work his magic, tell the world that his client wants $25 million to sign, and scare away enough teams to allow Rodon to fall to wherever the Yankees are picking.

The new CBA is going to have a much larger impact on MLB than I think people have realized. With the new spending limits, rich teams like New York or Boston or the Dodgers can't scare off a small-market team from picking the best available player at their slot with crazy bonuses. If you exceed your bonus pool, you can get hit with the luxury tax or lose future picks. Teams cannot spend unlimited amounts on international free agents anymore, there is a pool of money for that as well that cannot be exceeded. In other words, the tools that a big-market team like the Yankees could use to offset the loss of draft picks or stripping the farm bare are gone.

And the Yankees knew it was coming. Hell, every team knew it was coming. Why do you think the Red Sox jumped on that offer from the Dodgers in 2012 to dump $270M worth of contracts? It wasn't just common sense; it was recognition that the old way of doing business was over. 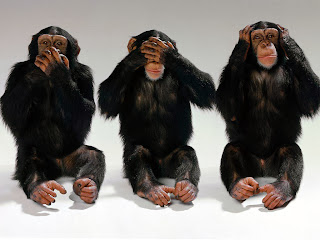 Recent portrait of Cashman and the Steinbrenners


But Cashman and the Steinbrenner Boys either didn't get the message or chose to ignore it. And now the Yankees are an old team with limited talent and they can't spend their millions and millions of dollars to simply fix it. Because, oh yeah, unless they get under $189M on payroll this year they'll pay a 50% luxury tax on the overage again in 2014.*

And compare this to the current World Champions in Boston. A team that stayed below the luxury tax threshold. A team that has one of the deepest farm systems in baseball. A team that is a solid mix of veterans and talented young players. A team built to win on the diamond in October, not the headlines in December. It's night and day, and that is because in Boston the ownership and front office saw the changing landscape and took steps to prepare for it. Such as going hard after international free-agents before the July 2, 2012 deadline that capped what you could spend on international free agents without penalty. And investing heavily in their scouting department so that they can find the diamonds in the rough, like Xander Bogaerts of Aruba. This is one area where big money can still be spent freely, but the Yankees have seemingly done little in that area. Their 2013 call-ups were all 4-A players and none made an impact of any kind. They haven't even fired anyone running their scouting staff. Damon Oppenheimer has been the scouting director since 2006. Don't you think he may be a little responsible for all of this?

The landscape of sports has changed dramatically over the past 10-15 years when it comes to how teams can and can't spend money. All four major leagues in North America now have some form of financial controls in place. With that, a team's success will be driven by how they are run and whom they bring into their organization through the draft. Not how much financial muscle they can bring to the table.

If the new MLB CBA is a meteor laying waste to the old way of things, the Yankees are that Tyrannosaurus Rex looking up from it's last kill and wondering what the hell just happened.

* Interesting thing about payroll last year: if you use $100M as a middle-point on the payroll scale, as many teams with payrolls above $100M made the post-season as did teams with payrolls below $100M (five each). Which may be a sign that the financial rules from the new CBA are working.
Posted by Dave at 1:08 PM