Kevin Long's criticism is spot on.

Long gave an interview that was published in Sunday's New York Daily News in which he discussed how hard Robinson Cano has worked to become an elite ballplayer.

But Long also criticized Cano for not running hard to first on routine grounders.

It's a fair criticism. It's accurate. And it's deserved. 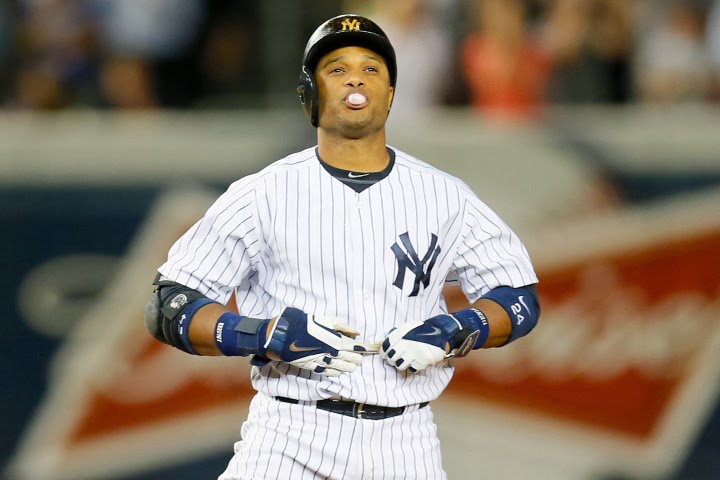 Running hard to first on grounders is one of the first lessons we are taught when we start playing this game.

It's basic. It' fundamental.

That's what I was taught when I first was learning the game some 35 years ago.

And it was the first lesson I taught when I held my first practice as manager of Jack's summer baseball team last year.

As I addressed my team for the first time, I sought to establish my expectations for the season. With the eyes of a dozen 7- and 8-year-old boys trained on me, I said:

"Sometimes, we are not going to hit well ... and that's OK. It happens.
"Sometimes, we are not going to field well ... and that's OK. It happens.
"And sometimes, we are not going to throw the ball well ... and that's OK. It happens.
"But the one thing we should always do well is hustle. When we don't run hard to first base, it's not because the other team is better, and it's not because there was a bad hop, and it's not because we lost our arm slots. It's because we chose not to run hard.
"Hustling is the one thing in this game that is entirely in our control. We control it. And when he hustle good things happen. When we hustle we can overcome our poor hitting, or bad fielding, or bad throws.
"As long as we hustle, as long as we are giving our best effort, no one will ever be disappointed in us and we will always be able to improve."

But it's a lesson Cano never learned.

According to Long, coaches repeatedly talked to Cano about running to first. Jeter also spoke with him. It didn't work as Cano would continue his aggravating slow jog, rationalizing it by saying his legs didn't feel good or because he was trying to save energy because he was playing every day.

Thing is Cano is not the only player who plays everyday. Jeter has played at least 148 games in all but three of his 18 full major league season, and yet he's never failed to run hard to first. In fact, he struggled when the Yankees asked him to dial it back when he was trying to return last year. His career would hardly be described as injury plagued. And it's his hustle that has made him so beloved.

For all of Alex Rodriguez's flaws, I can't ever remember him jogging to first on a grounder. Paul O'Neill would become as frustrated as anyone when he slumped, yet he still ran hard to first.

However, there is a very fine line between failure and success in baseball. That was one of the final lessons Crash Davis tried to teach Nuke LaLoosh in "Bull Durham."


One can't help but wonder what if Cano ran out every grounder like his peers do? He's already had a terrific career, but might he have won a batting title by now? How about an MVP?

Ben Lindbergh of Baseball Prospective estimates Cano's lack of hustle cost the Yankees 14 runs over the course of Cano's career. That's about two runs a season, and it's likely that it has cost the Yankees at least one win.

Some might say that Cano makes up for it by staying healthy, however that assumes an injury is a given if Cano runs hard, and that's just not the case, particularly for young players. Older players whose bodies don't recover as quickly are more at risk for that type of injury. Even so an injury running hard to first just isn't an every day occurrence.

I'm not saying Cano is lazy or doesn't work hard. That's just not true. He has made himself into a good situational hitter and has become one of the best defensive second basemen in the game. That doesn't happen without hard work.

But jogging to first is just inexcusable. Give me 80 percent at least. That's not too much to ask, is it?

The thing is that if Cano wants this criticism to stop, it's entirely in his power to stop it.

Because hustle is something that is entirely in his control.