I am not going to pretend that I am thrilled about this news. As I said in my last post, I was much more interested in bringing Jeff Neimann into camp. Nevertheless, Capuano is coming to Boston on a one-year, incentive-laden deal.


The Red Sox have signed lefthander Chris Capuano to a one-year contract worth $2.25 million. An announcement is expected later today or on Friday.

The deal includes incentives worth a possible $2.75 million. Red Sox general manager Ben Cherington indicated that the team was close to a move that would bolster its pitching depth. 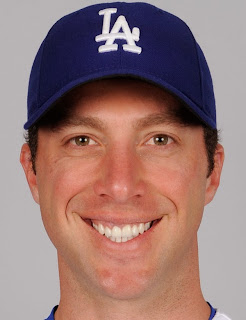 He had 35% quality starts in 2013 (seven out of 20). Opposing hitters had a cumulative .781 OPS against Capuano. His is a career NL pitcher with a cumulative 2-4 record against AL East teams.

I am hard-pressed to see the positives here.

Well, that is not entirely true. He is a lefty, and it's always good to have a couple of those in your lineup. He, unlike most of the remaining non-tendered free-agent pitchers, isn't coming back from major surgery that cost him a year or two of his career. And at $2.25M, it's not a serious monetary risk by the Sox.

There is one more possible positive. For all those negatives I listed in Capuano's 2013 season, they were all pretty much positives in 2012. Because he was dealing with some minor injuries throughout last year. That didn't happen in 2012. That year he was 12-12 with a 3.72 ERA over 198.1 innings. His WHIP was 1.220 and opposing hitters had just a .715 OPS.

Two very different consecutive seasons from Capuano. The red flags to me are that the bad season is most recent and he is 35.

And personally, unless the possible return on performance is high, I don't see the value in sending a younger player back to Pawtucket. Most likely we'll see Allan Webster or Brandon Workman go back down to make room for Capuano. Is what Capuano gives Boston going to be worth that? I don't think it is, but then again I am not Ben Cherington. Maybe he sees something in Capuano. Heaven knows he's earned the right to take this kind of gamble.

And hey, if I am wrong? If Capuano can recapture his 2012 form and gives the Sox a .500 record with a WAR near 3.0 for just 2.25M? I will gladly, gladly eat some humble pie here and admit my mistake. Believe me, I would love to do just that.

But right now, I'm not seeing that as the likely outcome.
Posted by Dave at 6:21 PM