You'll no longer see the '4' on a player's back, since it was retired in 1984 to honor Joe Cronin (one guess on who's first in this list). But some very good players have worn this number besides Cronin, including a Silver Slugger and an All-American college halfback who was also an AL MVP.
5. Butch Hobson (1976-80) - The first guy I ever saw play third base for the Red Sox. He was an average player who had one above-average year in 1977 when he finished 23rd in the MVP voting thanks to 30 HRs and 112 RBI. Ignored by the voters were his league-leading 162 strikeouts. And the 23 errors he committed at third. All told, Hobson committed 91 errors at third from 1977-79, which has to be some kind of record. But he had that one good year at the plate and that's enough to earn the fifth spot. He was traded in December of 1980 along with Rick Burleson to the Angels for the #3 guy on this list. You younger readers may remember Hobson as the exceedingly mediocre manager of the Red Sox from 1992-94. 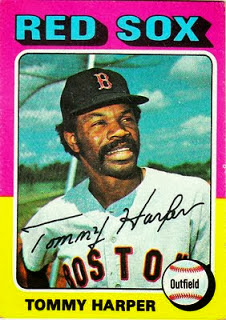 3. Carney Lansford (1981-82) - Traded to the Sox in December of 1980 in a deal that sent Rick Burleson and Butch Hobson to the Angels, Lansford ripped it up his two years in Boston. He won the Silver Slugger Award in 1981 for third base. He batted .336 to lead the AL in batting average in 1981. That same year he was Top 10 in OBP, Runs, Hits, Doubles and Singles. He was 6th that year in the AL MVP voting. Yet he didn't make the All-Star Team, with Buddy Bell inexplicably being voted as the reserve third baseman behind George Brett. Complete miscarriage of justice. Following the 1982 season he was traded to Oakland to make way for Wade Boggs. I always thought they at least could have tried to play Carney somewhere else and keep them both. 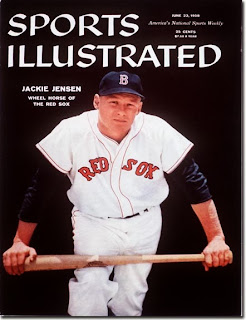 * Tito could have passed Cronin in wins with another in another five years or so.

** Cronin was also an unrepentant racist who cost the Sox a chance to sign Jackie Robinson AND Willie Mays. Think Ted Williams would have liked those two guys as teammates?
Posted by Dave at 4:52 PM