With less than two weeks remaining until pitchers and catchers report, marking the official start of spring train, Brian Cashman and the Yankee brain trust still have some work to.

Pretty amazing considering the Yankees have already spent about a half-billion dollars addressing shortcomings in the lineup and rotation, while also trying to fix the issues caused by the losses of Robinson Cano and Alex Rodriguez.

But despite this massive spending spree, they Yankees have done little to help their bullpen -- a unit in transition because of the retirement of The Great Mariano Rivera and the free-agent departures of Boone Logan and Joba Chamberlain. 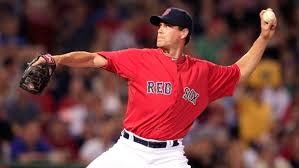 So far, the Yankees have made exactly one move to bolster the bullpen, giving a two-year, $7 million deal to left-hander Matt Thornton, who was so indispensable for the Red Sox last year that they left him off their postseason roster.

All that means that is that what had been a strength for the Yankees last season is now a major question mark.

And it also means that between now and Opening Day, the Yankees must find another veteran arm to add leadership and stability to the unit.


Just to be clear, Robertson deserves the opportunity to prove he can be the closer. He has done everything he can as a set-up man, and has been as good as anyone in the eighth inning. Whether he can close effectively remains to be seen, but we won't know unless Robertson gets the opportunity.

The problem is what's behind him. In addition to Thornton, who has a 3.74 ERA, 1.43 WHIP and 30 strikeouts in 43-1/3 innings for the White Sox and Red Sox last season, the Yankees have Adam Warren, Preston Claiborne, Shawn Kelley, David Phelps (if he is in the rotation), and Dellin Betances to fill out the remaining bullpen spots.

Not exactly a who's who of relievers. Each has had some success pitching out of the bullpen, but none has experience as the eighth inning bridge to the closer and none has had to pitch in high leverage situations regularly.

So to enter the season with that much inexperience and that many questions would be suicidal. Yes, the Yankees need to develop young players into major leaguers, but in order for that to happen, there needs to be a veteran presence who can mentor the younger guys and who can settle thing down when they inevitably hit rough patches.

There also needs to be a veteran guy in the bullpen who has experience closing, not to challenge Robertson, but to serve as insurance in case Robertson gets injured or worse, can't get the job done as the closer.

The good news is that there still are some guys available on the free agent market who can help, including Fernando Rodney, Joel Hanrahan, Andrew Bailey, Oliver Perez, Jose Valverde, Kevin Gregg, Ryan Madson, Chris Marmol and Francisco Rodriguez.

No, none of the them is perfect, and yes, each has at least one major flaw. But someone in that group could help.

That doesn't mean the Yankees should open up the vault to sign any of those guys. They'd be insane to to give anyone a multi-year deal, including Rodney, who is the best of the bunch had been solid as the Rays closer, saving 85 games over the last two seasons.

But with spring training around the corner, you can bet they guys will be more amenable to signing a favorable deal.

Ideally, the Yankees would sign one or two guys to minor league deals with invites to the major league camp, but if they have give a one-year, low money deal, that would be OK.

But there is one thing that is certain: The Yankees just can't enter the season without adding another veteran arm.

That would be plain nuts.
Posted by Unknown at 7:05 AM