Red Sox fans are an opinionated bunch. We have differing opinions on all sorts of things. Should the Sox extend Ortiz? Should Jackie Bradley, Jr. start in center? Was Bobby Valentine the worst manager the Sox ever had?

Okay, that last question doesn't have a lot of people arguing in Bobby's favor. But you get the point.

One thing Boston fans have agreed upon, though, is that ticket prices have become too expensive for the average family, let alone the full Fenway experience. The total cost can easily run into the hundreds of dollars. 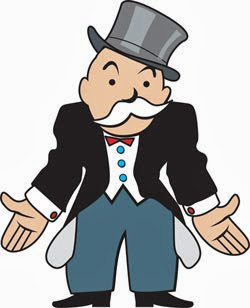 To address one part of this, the Sox introduced variable ticket pricing this past November. Simply put, they arranged the tickets into five tiers based on expected demand and then priced accordingly. This way, Yankee tickets were still high-end full-price tickets, while the Astros would be on the low end. I should say "low" end because it costs $28 for a bleacher seat against the Astros. Better than the $40 you'd pay now to see, say, the Yankees. But still much more than the $5 I paid back in 1995*. But I digress...

Now to add to that we have dynamic pricing for Monster seats. What is this new-fangled idea, you ask?


With this new pricing model, Green Monster tickets will increase or decrease in price based on demand and market factors such as the date of the game, opponent, and even weather conditions. Demand-based analysis will be provided by two companies, Qcue and tixtrack.

This could be...interesting. It sounds like something that could save money. If you decide to go to a Tuesday night game when it is expected to be 45 degrees and you are watching the Astros...the dynamic pricing model should noticeably lower the ticket price. To be honest, the dynamic model should be paying you money to watch that game. As opposed to the Yankees or Cubs, where I would assume the dynamic model will demand your first-born child.

Where variable pricing is weaker than dynamic is that those costs are locked in. So say the Orioles and Sox are locked in a pennant race in September. Right now three games with Baltimore in September are locked into the lowest tier for pricing. In that scenario, a critical game is essentially under-priced by the Sox.

But with dynamic pricing, the cost for those tickets would spike. The Sox could start them at the same low price, hold them back until later in the season, and then let the various market forces drive the cost up. And let's be honest...as long as the Sox are playing well, there will always be a high demand for the tickets.

I wouldn't be surprised if Boston is using the Monster seats as a trial run for expanding the dynamic pricing model to even more seats. They will pitch it as a way to save fans money when, overall, it will bring more money into the team. As long as they set the starting price at the right level, the Sox will make more than a few bucks.