None of it exonerates Alex Rodriguez. None of it takes the Yankees' embattled slugger off the hook. None of it makes A-Rod look any better.

The only thing it does is raise serious questions about Yankees president Randy Levine.

Over the weekend, New York magazine published a series of email exchanges between Rodriguez and Levine. It is fascinating reading, but lacking in anything close to clearing A-Rod.

During the climax of the arbitration hearing in front of arbitrator Fredric Horowitz in November, Rodriguez stormed out the hearing and his legal and public relations team then threatened show everything it had to the public. Among the things they said they were going to show was a series of email exchanges with Levine. 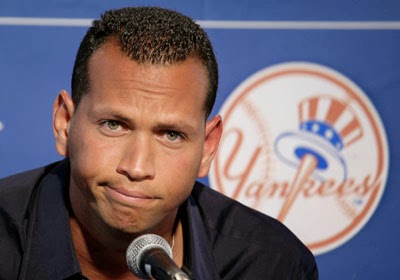 While we don't know for sure that these emails were leaked by Team A-Rod, if these are the messages Rodriguez wanted to make public, then he needs better representation.

If anything, these emails would have been better served as leverage to gain some sort of plea bargain with MLB for a reduced suspension.


The exchanges are very friendly at the start with Levine checking in on A-Rod's health, encouraging the third baseman to lead his team and eventually bestowing the nickname "Chip."

By the end, the exchanges are tense, as one would expect. Rodriguez accused Levine and the Yankees of putting and "8 percent bounty" on his contract. Levine stopped calling A-Rod "Chip" or "friend" and denied having anything to do with MLB's investigation into Biogenesis.

In fact, the only exchanges that raise eyebrows occurred in July and August of 2012, when Levine makes two PED reference.

On July 30, 2012, with Rodriguez on the disabled list with a fractured hand, Levine sent the following:

Levine: How r u feeing since u left Robby [Cano] under 200, he needs some steroids fast!


According to the New York article, Levine later referred to that email as a bad joke. Still, that did not stop the Yankees president for making another PED reference to Cano on Aug. 21.

Levine: Hey, what’s up with Robby. This guy must not be using the liquid. U didn’t tell me what did Chris and Steve say your ETA is. Don’t rush it unless u r right. We need you. Nova looks like he may need a breather. What do u see.


No word on whether that was a bad joke, too, but you don't have to be a rocket scientist to understand just how incredibly stupid it is for the president of a baseball team to be joking about PEDs. It's in bad taste and embarrassing. 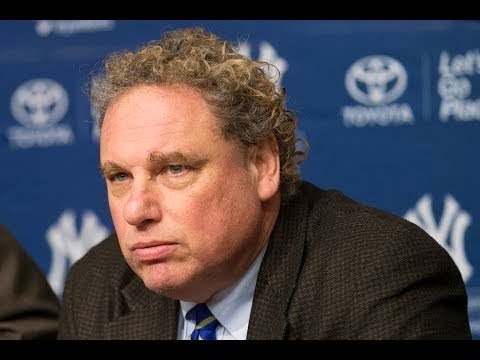 The bigger problem, though, is that to even infer that players need a chemical boost in order to perform is insulting to players such as Cano, Derek Jeter, Mariano Rivera, Mike Mussina, Bernie Williams and countless others who have performed at high levels without even a sniff of PEDs.

And if Bud Selig has any guts, he should invoke his best interests of the game powers to suspend Levine for even writing those emails. Those statements not only hurt Cano, but hurt the game as a whole.

That said, while Levine's comments are idiotic and moronic, they don't show A-Rod was not using PEDs. There are no blatant references one way or the other to A-Rod's alleged on-going steroid use.

The question those "jokes" raise is exactly how Levine knows Cano was clean? Why single out Cano twice and not others on the team? Those "jokes" seem to imply that the Yankees president has some knowledge about who is clean on the team and who is "using the liquid."

And if that's the case, Selig and MLB need to launch an investigation into Levine and the Yankees with same ferocity it investigated Biogenesis.

The joint drug agreement ushered in a new era in baseball that is not supposed to tolerate PED use. Players are now subject to drug testing and suspensions for positive test or investigative proof. But teams and its management personnel need to be held accountable, too.

If a team president knows one of his players is using PEDs and turns a blind eye in order to win games and fill seats, he is just as guilty as the player and needs to be held equally accountable. And if Levine knew A-Rod was using, Levine should receive the exact same suspension as Rodriguez.

If others in the Yankee organization knew A-Rod was using, they should be suspended as well.

It seems pretty clear that Rodriguez is not going to be able to come out this episode unscathed. Unless he has something much more definitive, he is going to take some sort of suspension.

One has to wonder, though, if A-Rod has anything else that might ensure Levine and the Yankee brass take a hit as well.
Posted by Unknown at 7:00 AM