Protection Worth A Small Sacrifice

Last summer Jack finally reached the modified kid pitch level of Little League, which is the first level at which kids are allowed to pitch.

Jack had been eagerly awaiting the opportunity take the mound for quite some time. While watching major league games, he would often mimic the windups he'd be watching, pretending he was staring down a David Ortiz or Miguel Cabrera.

So as manager of Jack's team, I made sure to get Jack on the mound. It was a moment he had been dreaming about, but the decision to allow him to pitch did not come without trepidation or anxiety.

I wasn't worried about how he'd perform. That was the least of my concerns. Rather it was the images of Bryce Florie, David Huff, Brandon McCarthy and many others writhing in pain on the mound after taking a hard line drive off the head that gave me pause.

Major League Baseball on Tuesday took a step to help alleviate those concerns and improve player safety by approving a padded pitcher's hat. Unfortunately, major league pitchers, including McCarthy, are not rushing to embrace the new technology.


Baseball's search for additional protection for pitchers came in direct response to the shot McCarthy took off the bat of Erick Aybar on Sept, 5, 2012. McCarthy needed to be hospitalized, required emergency surgery to alleviate pressure on his brain and suffered a seizure as a result of the blow.

Baseball, with input from McCarthy, immediately began searching for a product that would offer pitchers more protection. Dozens of companies pitched proposals.

Ultimately isoBlox submitted a design that passed baseball's testing requirements and won approval for use this year. 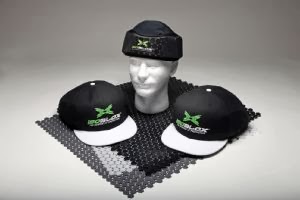 The pad, which will be sewn into a cap, will protect pitchers for frontal impacts from line drives of up to 90 mph, and will protect for side impacts from line drives of up to 85 mph. The padding makes the front of the hat a half-inch thicker and the sides an inch thicker. The pad also adds 7 ounces to the current 4 ounce weight of the hat. (For youth, a skull cap would be worn under the hat instead of a pad sewn into the hat.

The use of this product in the Majors this year will be voluntary.

But since major league pitchers are being given a choice, many are objecting to using the padding, including McCarthy.

The reasons? The padded hats look funny. They feel funny. They wiggle when they players move. They are hot. They will affect performance.

The reasons are just plain silly.

What did the players expect? Baseball was seeking new equipment to better protect its players. That meant things were going to have to change. Did the players really expect that in adding a new piece of equipment the look and feel of the hat would remain exactly the same? That's just illogical. 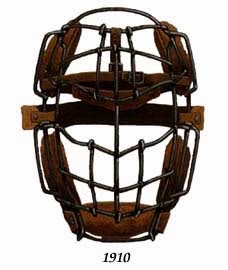 The pad is a change, and any time there is a change players need to adjust and adapt. Players had to do that when catchers gear was introduced in the majors is 1907 and the batting helmet in 1941.

None of that gear looked particularly appealing when introduced and it surely felt much different than playing in the tradition uniform and hat. Catchers get quite hot wearing all that gear. But that equipment made the game safer, so the players adapted and their performance was not affected in the least.

The bottom line is that McCarthy's and other pitchers' objections to the padding is nothing more than a streak of vanity. Their concerns about performance overblown.

But it is a start and it will evolve and improve ... and all equipment does.

However waiting for this equipment to reach a perfect state only serves to leave pitchers unprotected.

And Bug Selig and the MLBPA cannot allow that to happen. This padding has to become a mandatory part of a pitcher's uniform.

I know that when this gear hits the market, I will be looking to get it for Jack. I'd be a fool and irresponsible not to.
Posted by Unknown at 7:03 AM