Should the Red Sox sign Ortiz to a Multi-Year Deal?

I'm going to spare you the suspense and give you the short answer on the above question right out of the gate.

Yes, the Sox should sign Ortiz to a multi-year deal.

It's not a slam-dunk decision - there are one or two factors that would argue against it. But overall, Ortiz still provides enough value to Boston that signing him makes more sense than letting him go at the end of 2014.

This question has to be asked as we have arrived at that biennial occurrence: the one where David Ortiz talks about playing elsewhere if he doesn't get a multi-year deal.

“I always keep on telling people, this is a business. Sometimes you’ve got to do what’s best for you and your family,” Ortiz said. “As long as they keep offering me a job and I keep doing what I’m supposed to do and the relationship keeps on building up, I’m going to be there. Hopefully, I won’t have to go and wear another uniform.” 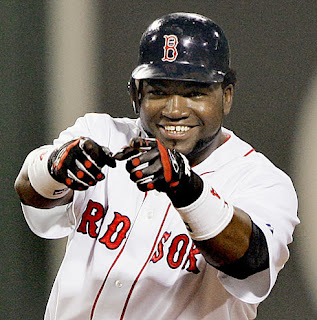 This comes as Ortiz enters the last year of a two-year, $30M deal and on the heels of a hellacious World Series performance that earned him his third ring and a World Series MVP award. This would argue in favor of extending his contract.

His regular season production would also argue in favor of extending his deal. Here are his numbers from 2011 and 2013, courtesy of Baseball-Reference.com. I left out 2012 because he played only 90 games and was shut down in a very odd year for Boston that was full of odd decisions.

Ortiz also went to the All-Star game and won the Silver Slugger Award for DH in both seasons. It shows a remarkable continuity in his performance. He was also fourth both years in on-base percentage and OPS. And according to Fangraphs his value for the two years was $17.5M and $19M respectfully. In other words, Ortiz easily exceeded his contract value in what he brought to Boston. Even in 2012, he almost broke even despite playing just over half a season.

He has also been the best DH in baseball over that period. The only player who has come close is Kendrys Morales. And while he is cheaper and younger, the production just doesn't match up.

That does bring up the biggest negative, however...Ortiz's age. He will be 38 this year. And while batters can still be productive at that age (Frank Thomas turned in an MVP-caliber season in 2006 at age 38) Father Time begins to win the battle. Will the Sox lock into a deal and then see Ortiz fall off in production? They don't have much in the way of dead money on their payroll and they won't want to get into that habit now.

In Ortiz's favor, however, is that he plays the one position where age has a much lower impact on a player. Being the DH doesn't put the wear and tear on a body like playing first base would. It also allows him to be fresher for the inter-league games where he has to play first. If Ortiz played the outfield or first on a regular basis, I think we would be having a very different conversation right now.

Ortiz is the heart and soul of the Red Sox. What he brings to the team in intangibles and leadership is priceless. He is also the heart of their lineup - they have no one in the system that can give them what Ortiz gives them as DH. Conversely, in this age of value and managing payrolls, I am hard-pressed to think of any other team willing to give Ortiz $13-16M a year to be their DH at age 38. The risk is way too high.

So should Boston resign Ortiz to a multi-year deal? Yes. Will Boston resign Ortiz to a multi-year deal? Yes. But both Ortiz and the Sox will do their little dance before they get to where we all know they're going. My guess? Another two year deal between $12M-15M a year that brings him to age 40 in his last season. That would give him 20 years in the big leagues, the time to rack up over 1500 RBI and an outside shot at 500 HR and 2500 hits. From what I can tell, he would be only the 17th player currently to make those career totals. Which then brings the Hall of Fame into the conversation. But that is for another time.

The bottom line is that Ortiz belongs in Boston and he'll stay in Boston.
Posted by Dave at 10:41 AM