The New York Yankees really didn't have a choice. This was a move they had to make, even if meant blowing away Hal Steinbrenner's $189 million payroll goal.

The Bombers landed the last big free agent on the market, signing Japanese phenom pitcher Masahiro Tanaka to a whopping seven-year, $155 million contract that includes an opt out after year four. The Yanks also will pay the Rakuten Eagles a $20 million posting fee.

Tanaka received the fifth largest contract ever given to a pitcher, trailing Clayton Kershaw ($215 million), Justin Verlander ($180 million), Felix Hernandex ($175 million) and CC Sabathia ($161 million). Not bad for a guy who hasn't even thrown a pitch in a major league game. 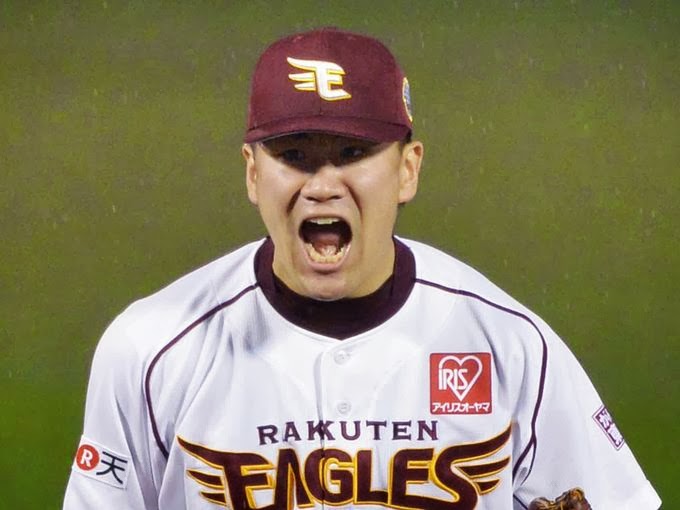 The truth is that given their barren farm system and the holes in the starting rotation, the Yankees probably needed to sign Tanaka more than any other team. But it's a signing that carries a ton of risk and still doesn't make the Yankees a favorite to win the AL East, much less the World Series.

Coming off an 85-win season in which they missed they playoffs for only the second time in 20 years, the Yankees had many issues to address, including the starting rotation, which lost Andy Pettitte to retirement and an ineffective Phil Hughes to free agency. In addition, Hiroki Kuroda faded down the stretch last season and an aging Sabathia struggled to adjust to his diminished velocity, pitching to a 4.78 ERA and 1.37 WHIP.

The Yankees needed help at the front of the rotation and Tanaka has the potential fill that role ... and for $22.1 million per year, there will be pressure on the 25-year-old righthander to be the ace.

Tanaka had dominated the Japanese leagues, going 99-35 with a 2.30 ERA and 1,238 strikeouts in seven seasons, including 24-0 with a 1.27 ERA last season. He throws a fastball that can reach 96 mph, a devastating splitter and plus slider.

He has the talent and tools to be dominant, to be an ace.

But it's not a given that he will become that ace.

The Japanese leagues arguably play the best brand of baseball outside of the United States, but it's still not the Major Leagues. That fact alone makes it patently unfair to even expect Tanaka to perform to even a low 2.00 ERA next year. Throw in the cultural adjustments he'll have to make, even on a team that has Kuroda and Ichiro Suzuki on its roster, and Tanaka will face many challenges.

There also is concern about his fastball being a little flat and bigger concerns that the number of innings he has thrown (1,315 IP) at such a young age could lead to injury problems down the road.

There are big risks in this signing, but those are risks the Yanks had to take. After all, how often do you get an opportunity to land a 25-year-old with this kind of potential? The fact is Tanaka should make the Yankees markedly better.

Along with Sabathia, Kuroda and Ivan Nova, New York would seem to have four starters who are at least solid, and if Michael Pineda can regain the form he had in Seattle, this could be a deep, terrific, dynamic rotation.

But there are still too many holes in the lineup to make the Yankees the favorite.

Third base and second base remain huge questions, the team will be hoping Derek Jeter and Mark Teixeira can regain their form coming off an injury riddled 2013, and given the age of the roster, there specter of injuries loom. A lot will have to go right to make the playoffs.

Still when you have a strong rotation, you can hope and you can dream. Dreams occasionally come true and pitching, after all, wins championships.

And in the Yankees Universe, championships are the bottom line.

Want to see Tanaka take the mound? Get Yankees Tickets.
Posted by Unknown at 8:44 PM

I was reading something and they were mentioning other pitchers who threw as many innings as Tanaka at his age. And the name that stood out was Frank Tanana.And that comparison would not make me comfortable at all as a Yankee fan.

Tanaka's innings absolutely are a concern. Brian Cashman acknowledged as much in speaking with the media today. Still Tanaka has passed a physical and it's likely they Yankees will monitor his workload. Very much a boom or bust signing.