The number '5' is currently worn by Jonny Gomes. He did it proud last year with some timely hitting when it counted. While the '5' hasn't been the most prestigious number in Boston history, it has represented its share of All-Star talent.

5. Pinky Higgins (1937-38) - Michael Franklin "Pinky" Higgins came to the Sox in 1936 via a trade with the Philadelphia A's. Higgins manned third base for the next two seasons in a solid if unspectacular fashion. He averaged a .303 BA with an .802 OPS along with 106 RBI per season over those two years. His glove was more of a liability, as he was second in errors at third both years. After the 1938 season he went to the Tigers in a forgettable trade.

Where Higgins made his mark in Boston was as a manager. "Mark" being a relative term. Over his eight years as manager the Sox never finished higher than third. His record with Boston was 560-556. But he was instrumental in the pervasive racism that influenced Boston's front office during that time. Along with Joe Cronin and Tom Yawkey, Higgins was responsible for Boston not signing players like Jackie Robinson, Willie Mays and Billy Williams. Also known as three Hall of Fame players Boston would have had on their team if not for the three racist idiots who ran the team at the time. 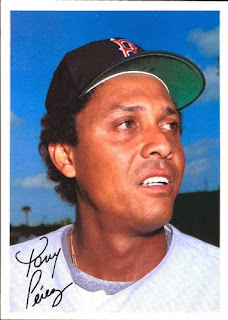 4. Tony Perez (1980-82) - It's odd to have a Hall of Famer to be in fourth. But by the time Perez came to Boston, he was on the tail end of his impressive career. He signed as a free agent with the Sox in November of 1979 and proceeded to have one last great year. 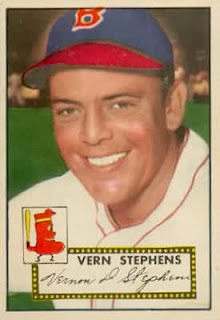 *Burleson, Petrocelli and Cronin being the other possibilities. Stephens played for too short a time to be on the list.
Posted by Dave at 11:15 AM