Thoughts on Lester and the New Rotation 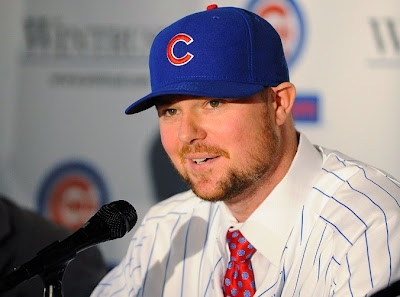 I decided to take a lot of time to think about Lester going to Chicago and what it means for the Red Sox. Especially because my gut reaction was "Lucchino is an idiot."

I still feel that way to a degree, because in the end one deal wasn't dependent on the other. The Sox could have re-signed Lester and still brought in Rick Porcello, Wade Miley and Justin Masterson. And having those three guys with Lester at the top of the rotation...I think most Boston fans would feel good about that.

But after Lucchino essentially blew off Lester with that pitiful offer in the spring of 2014, it was going to be an uphill climb getting him back here. And that ended, as we all know, with Lester going to the Cubs for an average of a little over $24M a year over six years with a $25M team option in 2021. The odds of which being exercised are slightly greater than me ever wearing a Yankees hat.

Boston would never have paid him that no matter what, a price that makes him the second highest-paid pitcher in the majors behind Clayton Kershaw. And this is where it gets weird with Lester.

Lester was Boston's ace, but he has never pitched in the regular season like an ace. He has never won 20 games in a season. He has only had a season-long ERA under 2.50 once. He has never led the league in innings pitched, strikeouts or ERA. He has never won a Cy Young, or been a runner-up. And I say this as someone who loves Lester, but it's hard to look at that and then justify paying him $24M into his late 30s. $18-20M I can see, and here's why.

Look at his comparables. The top three similar pitchers to Lester (thanks to the awesome baseball-reference.com) are Jered Weaver, John Tudor and Tim Lincecum.

Lincecum is hard to compare to Lester because of his transcendent first three seasons and then his fall to mediocrity over the last five. Lester has been a much more consistent pitcher. Tudor...different pitcher, different time. Weaver is the interesting one. He has one 20-win season under his belt and led the AL in strikeouts and WHIP once. But that aside, they are very similar in makeup and production. And right now Weaver is making 18M this year and 20M next year at the end of his current deal. And that is where Lester's value lies. Paying out $24M a year...it's a stiff premium.

Similar pitchers through the age of 30? Top three are Tim Hudson, Jack McDowell and Andy Pettitte.

So Lucchino's screw up was in the beginning. I think a fair offer (6, 120M) might have gotten Lester to the table to sign up. But once that window was lost, the Sox were right not to chase the dollars that the Cubs were willing to give Lester. $4M may not seem like a lot in baseball, but that is how you sign key bench players and live arms for your bullpen. That $4M can be the difference between success and failure.

Of course, that leaves the Sox without a top starter. And that brings us to the other deals.

First off, you can't really argue against any of them. They cost the Sox very little in talent. Yoenis Cespedes wasn't going to be here after 2015. Rubby De La Rosa and Allen Webster weren't going to light the AL on fire. Second, the dollar cost is pretty much equal to what the Cubs are paying Lester on a yearly average; these three pitchers will cost Boston roughly $26M on the payroll.

Then there is the youth factor. All three pitchers are under the age of 30 and Porcello, the highlight of all these trades and signings, is only 25. 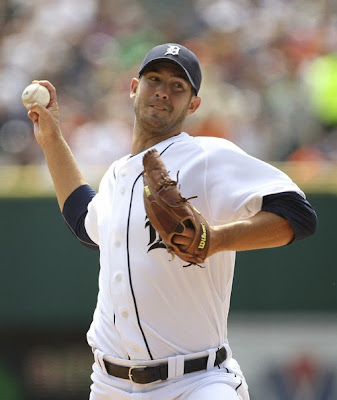 So let's look at Porcello. He has six full seasons under his belt. He are his yearly averages:

Hmmm...not so good. But let's look at the last three years

A little better, slight if not overwhelming improvement in most areas. And last year?

What I see is a young pitcher coming into his own, figuring out how to pitch to the best of his talent. Will he be an ace, a true ace? Probably not; the numbers don't really lean that way. That said, it is interesting that his #2 comparable for pitchers through age 25 is Greg Maddux. Maddux was a good, but not great, pitcher...until he turned 26. Over the next nine seasons he averaged 18 wins and a 2.40 ERA. Before that? He was averaging a 12-11 record with a 3.61 ERA over six seasons.

In other words, Porcello isn't likely to become an ace. But you can't count out the possibility.

Wade Miley has pitched only three full seasons, but he is a .500 pitcher over those three seasons (11-11) with a 3.74 ERA. More importantly, he is averaging 200 IP per season. Add to that a 1.301 WHIP and Miley is an innings-eater who can also give you more than a couple of wins. That is a crucial piece to have in any rotation.

And then there is the Prodigal Son come home. Justin Masterson will likely never be more than a back-of-the-rotation starter at this point in his career, but it is worth noting that his poor 2014 was due to a variety of injuries. The three years prior to that he was a .500 pitcher in Cleveland with a 3.86 ERA and throwing 200+ innings per year.

The Sox rotation is, overall, improved even though they appear to lack a true #1 starter. It's been well-reported that all three of these pitchers are excellent at inducing ground balls. That is a good skill to have in Fenway Park. There is also a consistency to these pitchers which will hopefully provide a good foundation for the team.

There are other questions, of course. Will Clay Buchholz finally, finally put it all together? Can Joe Kelly be a starter in Boston? Could one of the young arms in Pawtucket slot into the rotation? I really think Ranaudo could be in Boston on Opening Day.

I just wish Lucchino hadn't been such an idiot last spring.
Posted by Dave at 11:36 AM