Turns out the last one of these I did was about a year ago (The Top Five Red Sox Players to Wear Number 10). So at this rate I should finish around 2040 and then have to start again. But since the Sox didn't play yesterday I thought it would be fun to trot out another one of these. We may start doing a Yankee one as well.

The '11' has been worn by 36 players in Red Sox history, from Billy Connolly, Sr. in 1931 through Royce Clayton's "Cup of Coffee and Championship Ring Tour" in 2007 to the current wearer, Clay Buchholz . It doesn't exactly have the pedigree of some of the other numbers, but two of the better third-baseman in franchise history have worn it as well as a legend at the end of his career 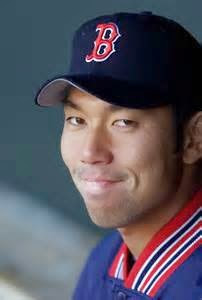 Honorable Mention: Hideo Nomo (2001) - He played only one season in Boston, but it wasn't a bad one by any stretch. He went 13-10, pitched 198 innings and struck out 220 batters. And he threw that no-hitter to start his season. He ended up leading the AL in strikeouts and K/9 IP that year, as well as giving up the fewest walks (96). Yet he didn't make the All-Star team.

The problem in 2001 was that the staff ace (Pedro) had injury issues and only threw in 18 games. After that you had to depend on 38-year old David Cone and Frank Castillo. The only other pitcher besides Nomo who cracked 150 innings was Tim Wakefield. The Sox ended up at 82-79. Nomo had issues adapting to Boston and that off-season he went back to LA.

5. Dave Stapelton (1980-86) - Dave split most of his time between first and second base during his career in Boston. He was second in the Rookie of the Year voting in 1980, losing out to Cleveland's Joe Charboneau. That year he also finished in the Top 10 for doubles. After that he was more of a "super-sub", especially in 1986 when he would replace Buckner at first for defensive purposes....

GOOD GOD, MCNAMARA!! WHY DIDN'T YOU REPLACE BUCKNER IN GAME 6?!!?

Sorry, but it still sticks in my craw. Anyway, here's a interesting note: the only major league player to have played for a minimum of seven years and have their batting average drop each season is one David Stapelton. So the question is obvious: how does he beat out Nomo? Well, I take service time into account. And Stapes was here a hell of a lot longer. He also had the ROY voting as well. But mostly it is because he signed my program when I was a kid and so I am making an editor's choice.

4. Clay Buchholz (2010-Current) - Clay had a breakout season in 2010, going 17-7 with a 2.33 ERA and making his first All-Star squad. Clay also finished sixth in the AL Cy Young voting. This was all especially impressive considering how many people were calling for him to be traded prior to the start of 2010. Kind of like...now. He is transcendent talent mixed with frustrating indifference. His 2013 season was poised to be one for the ages. This season is poised to be disappointing as hell.

3. Bill Mueller (2003-05) - Mueller was only here for three seasons but he exemplified everything we want in our players. He played tough, left it all on the field and cared about the team. His first year in Boston was amazing; he batted .326 to lead the AL, he was Top 10 in OPS and OBP, he was Top 5 in doubles, won the AL Silver Slugger Award for third base and finished 12th in the AL MVP voting. And while he never recaptured that form his last two years, he was a solid cornerman and a vital part of the 2004 World Series winners (he batted an obscene .429 against the Cards.) Just a class act all around and by all accounts one of the great guys in baseball. We were lucky to have him. 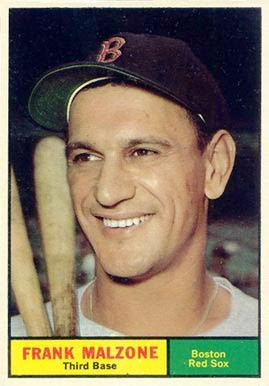 1. Frank Malzone (1956-65) - My grandfather was a huge fan of Malzone, another Sox lifer (I don't count those 82 games with the Angels in 1966 and neither should you.) He manned the hot corner for the Sox his entire career and was probably the best third baseman Boston ever had. Malzone was a six-time All-Star for the Sox (1957-60, 63-64) and a three-time Gold Glove winner (1957-59). He was second in Rookie of the Year voting in 1957, losing to Tony Kubek of the Yankees even though Malzone had more hits, more home runs and a better OPS. In other words, he got robbed. Malzone also finished seventh in the AL MVP voting in 1957 and in the Top 25 two other times (1958-59).

The real shame here is that Frank Malzone is somewhat forgotten these days. If you ask an average Sox fan about the best third basemen, you'll likely hear three names: Boggs, Mueller and Lowell. Maybe a Butch Hobson here and there. But how many people will say "Frank Malzone," even though he had a much better glove than Boggs and had a much longer tenure than Mueller? Sometimes the greats just don't get the respect they deserve.
Posted by Dave at 8:15 AM