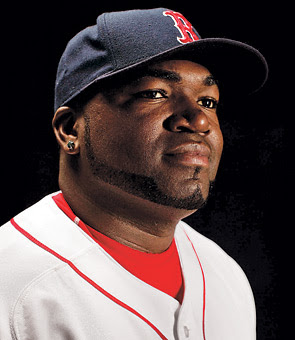 So could David Ortiz have been using steroids or another PED? Yes, that is possible. But it is also equally possible he took a stimulant that was accepted as a part of baseball culture or a substance that was added to a supplement without his knowledge.

And it should be noted that, at the time of the test, some drugs that are considered PEDs now were perfectly legal to purchase and use in major league baseball. For example, Mike Piazza admitted to buying and using Androstenedione at a time when it wasn't against the rules to do so. Whether that keeps him out of the Hall of Fame is questionable, as his vote total keeps increasing since he was first eligible three years ago.

But we don't know. Neither does David Ortiz if you take him at his word. And it is true that he cannot look at the list to find out why he tested positive. The list has been sealed by the court. Which means that Ortiz is accused of testing positive but he can't find out why.

All in all, I think that puts Ortiz more in the Mike Piazza category than the A-Rod category. Whether you, or the HoF voters for that matter, feel the same is up to you.

If anything, the more damning piece of evidence against Ortiz making the Hall of Fame is this: 50.0. That is David Ortiz's WAR over the course of his career. Which ranks him 189th All-Time.

And if you look at his JAWS numbers they are 50.0 / 33.7 / 41.6. That is Ortiz's WAR, his seven-year peak WAR (not necessarily consecutive) and then the two numbers are averaged for the JAWS number. So this says that Ortiz has earned 50.0 WAR over his career, his best seven years total 33.7 WAR and his JAWS number is 41.6.

It is true that being a DH negatively affects your WAR because you don't get any defensive WAR. But Ortiz ranks higher than plenty of first basemen who played the field all the time, like Don Mattingly and Gil Hodges.

The upshot of all that is that even with Ortiz's huge numbers, he has not had an overwhelming effect on Boston's regular season. By comparison, Albert Pujols has a collective WAR of 99.3. Frank Thomas had one of 73.7. Even Mark Teixeira, whom I would never argue for inclusion into the HoF, has a collective WAR of 52.4 and a JAWS of 45.2.

The counter-point to those stats? Ortiz's post-season numbers are insane.

Those are crazy numbers, and his World Series numbers are on a level that boggles the mind. They are better than Ty Cobb, Rogers Hornsby, Lou Gehrig, Hank Greenberg and most other Hall of Famers. And that has to count when considering a player for the Hall. The totality of their work includes the post-season.

So considering all of the above...does David Ortiz belong in the Hall of Fame?

By the numbers? Yes I think he does. Between his post-season dominance and (likely) being only the third player to record 500+ HR, 1600+ RBI and 600+ doubles in his career, I think it's enough. Not first-ballot, but it's enough.

But the positive 2003 test is going to hang over Ortiz. Even though the Players Association and MLB have said that 13 results were inconclusive. Ortiz's test was one of those 13. Remember, there was controversy over that list total.

But here is how I see that.

Ortiz has never admitted to using steroids or an illegal PED (like A-Rod, or McGwire, or Pettitte)

No one can definitively claim that Ortiz has used steroids or an illegal PED.

Now, if this changes, if evidence comes forward that shows that Ortiz used steroids or an illegal PED, I will change my tune 100% and say he shouldn't be in the Hall of Fame ever.

But until that day comes, using that 2003 test to tar David Ortiz with the same brush used on A-Rod, Bonds and the rest isn't fair.
Posted by Dave at 11:28 AM