Sox Start to Turn Around, Yanks Continue to Win 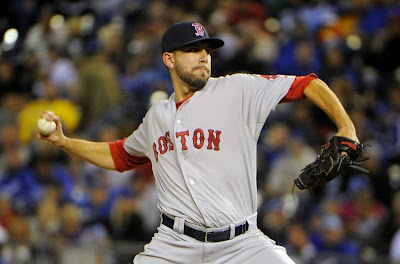 Boston beat Oakland last night 5-4 in eleven innings to register their first back-to-back wins since April 20-21. It definitely wasn't easy. Once again, the Boston starter (Porcello this time) failed to make it at least six innings. The bullpen was heavily leaned upon. But this time, the Sox had a fresh arm in Matt Barnes.

Barnes made a handful of appearances last year in September call-ups and this was just his third appearance in 2015. But he has impressed, with just one earned run in 5.1 innings of work. Last night, his two scoreless innings of relief gave Boston the space they needed to manufacture that fifth run and get the win.

As a Boston fan, the Barnes outing is encouraging as he is the first of the highly touted young arms in the system to make an appearance in 2015. I also think he isn't going back; as of right now he is one of the most effective relief pitchers Boston has had in 2015.

Pablo Sandoval continues to prove that his signing was a good move. He only got one hit last night but it was a solo homer that gave Boston their 5-4 lead. For the year he has an .820 OPS, trailing only Hanley Ramirez on the Boston roster.

Porcello had a tough outing; his five innings of work marked his shortest appearance in almost a month. The notable difference, however, is that in that April game he gave up eight runs on 12 hits. Last night he only gave up three runs on nine hits. Not great, but even while Porcello struggled on the mound he left Boston in a position where they could still win the game. That's an important difference.

Over these past two games, the Sox seem to be scrapping more, fighting to win. That's a good quality and hopefully these two wins will keep that attitude going.

Then you have the Yankees. As a Boston fan, I want them to go 0-162 every year. But as a baseball fan, I am fascinated to see how long they can keep this going.

We are over a month into the 2015 season and the dynamic duo of Betances and Miller have yet to allow a run. They both have WHIPs under 0.90, which is crazy. I believe that Miller is projected to have about 100 saves this year as of today*.

Teixeira and A-Rod are continuing to crush the ball and Ellsbury is reminding everyone that he can play well when he isn't hurt. Sabathia even got his first win in a year last night! They are 7-3 in their last 10 games and, defying most pre-season predictions, continue to win.

The big question for the Yankees - and I have stated this before - is can they keep this up? They are performing at a very high level right now. They can't get much better except on defense. As well as they are playing right now, one serious injury puts all that in jeopardy.

The Yankees are essentially walking a high-wire, but right now they are doing it like a Cirque du Soleil professional.

It will be very interesting to see how the rest of May unfolds. The Sox have to prove they can keep winning. The Yankees have to stay healthy and stay at this level of performance. Neither job is an easy one.

* Miller is actually projected for 64 saves as of today. But if you told me 100 I wouldn't immediately dismiss the notion.
Posted by Dave at 10:05 AM